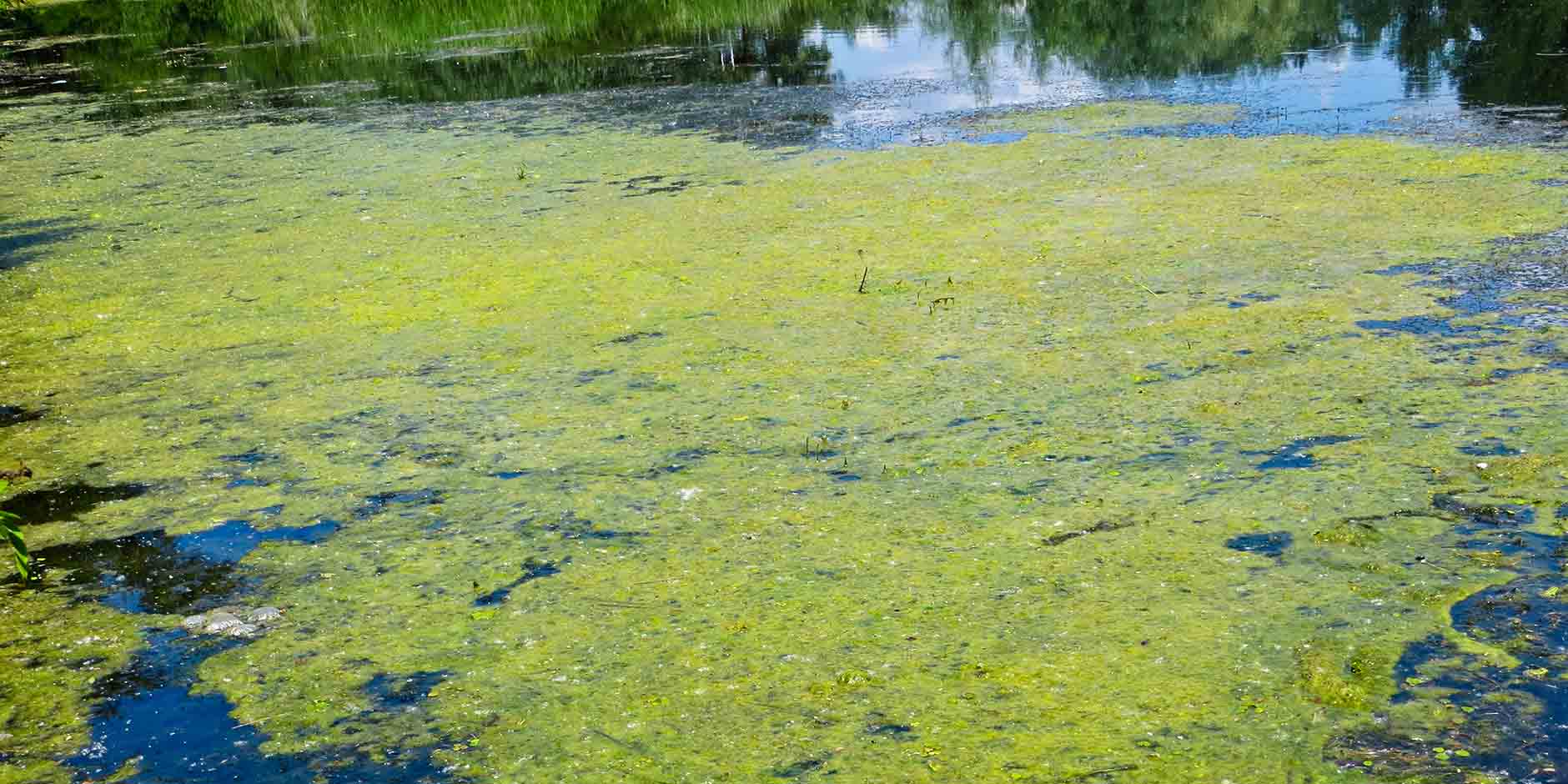 Why it is important to control algae growth

These so-called algal blooms deplete oxygen in water, release toxins, and cause bad taste and foul odors. Without treatment, algae continue to grow, disrupting the natural balance of an ecosystem.

How does algae grow?

Algae grow by photosynthesis. For this they need sunlight and nutrients, such as phosphorus and nitrogen. An overabundance of nutrients usually leads to excessive algal growth, which can have adverse effects on the ecosystem.

Why are algae important?

Algae are a diverse group of single celled, plant-like organisms that appear in a wide range of environmental habitats. They’re photoautotrophic cells that contain chlorophyll, have simple reproductive structures, and their tissue isn’t differentiated by roots, stems, or leaves. The term algae covers a variety of organisms that produce oxygen through photosynthesis. It’s estimated that about 70-80% of the oxygen we breathe is produced by these organisms. Besides, algae provide food for fish and other aquatic animals.

All water bodies contain basic levels of algae. These algal concentrations belong to a normal lake ecology and are important for the ecological balance of a water body. However, almost everywhere water is stored, they problems likely occur. Stagnant water combined with warm temperatures and/or high  nitrate and phosphate concentrations, encourage the proliferation of algae. When they grow in excess, they form blooms.

When does algae growth cause problems?

Algal blooms usually appear in freshwater sources, such as lakes and reservoirs, but can also occur in marine environments. They can easily be identified by the green coloration of the water, which comes from the high density of pigmented cells. Although several algal species can form blooms, cyanobacterial harmful algal blooms (CyanoHABs) are most potent in producing dangerous toxins that can seriously harm humans, pets, aquatic plants, and fish.

To prevent or restore unbalanced ecosystems, it’s critical to control problems as they occur. When it comes to lakes or larger ponds, current treatment methods include aeration, mixing, and ultrasound. As an alternative for harsh chemicals, we’ve developed an ultrasonic, floating unit that effectively controls harmful blooms. Controlling algae with ultrasound is a well-established method. Most importantly, it’s an eco-friendly and cost-effective solution, completely safe for humans, fish and aquatic plants.

How does ultrasound control algae?

Blue-green algae contain gas vesicles. During the day, they travel up and down throughout the water column to obtain sunlight and nutrients. Our technologies emit ultrasonic waves in the top water layer, affecting their buoyancy regulation, fixing them in the water column. We use specific ultrasonic programs which adapt to changing water- and algal conditions.

Due to a lack of sunlight and nutrients, the algae will sink to the bottom where they eventually decompose. However, because a certain level of algae is normal and natural for a healthy ecosystem, the technology doesn’t completely eliminate them, but reduces them by up to 90%. This way, the ecosystem is restored and thriving. Algae levels gradually decrease as soon as ultrasonic treatment is applied. However, without any treatment, the blooms will recur each year. 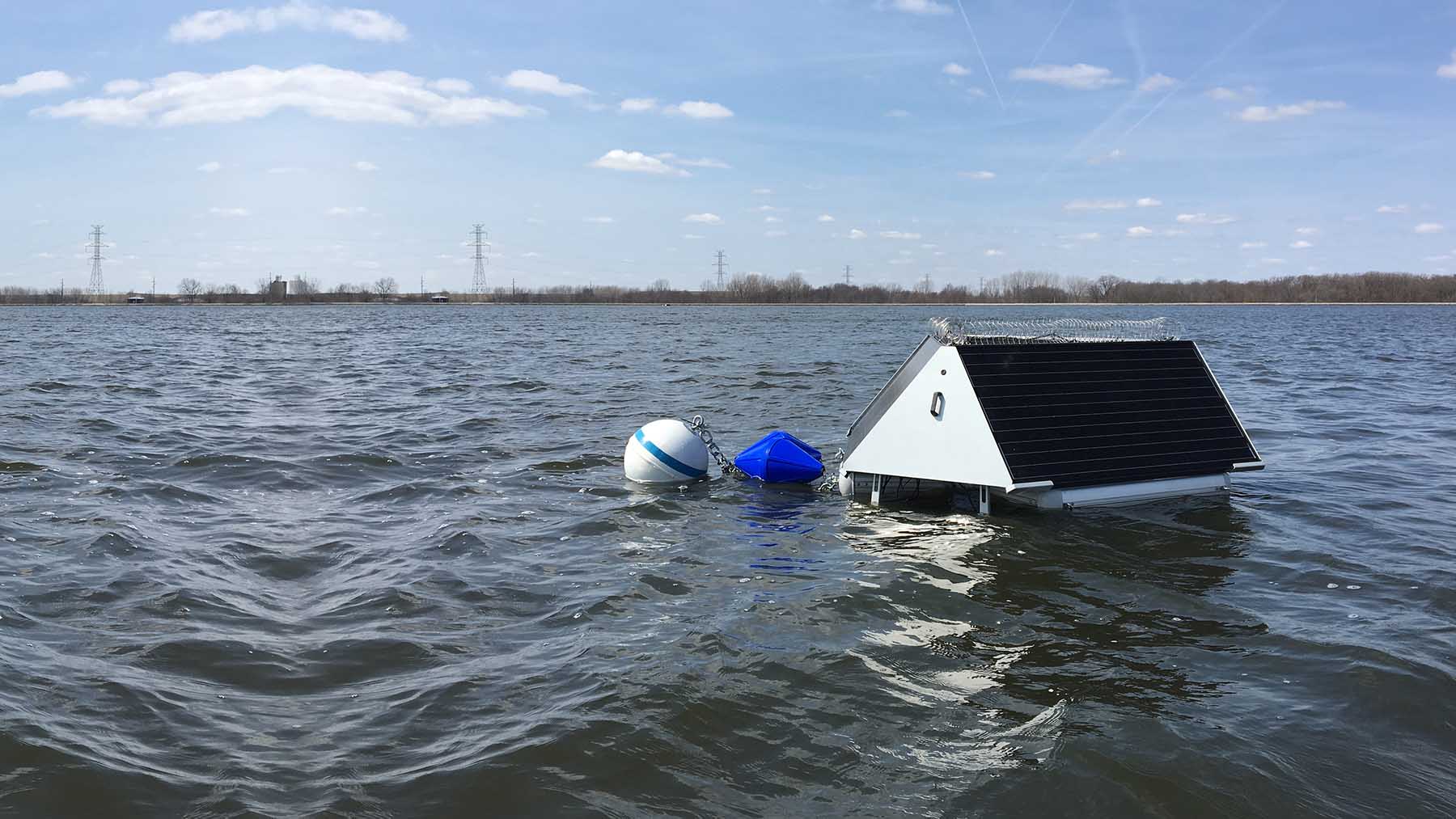