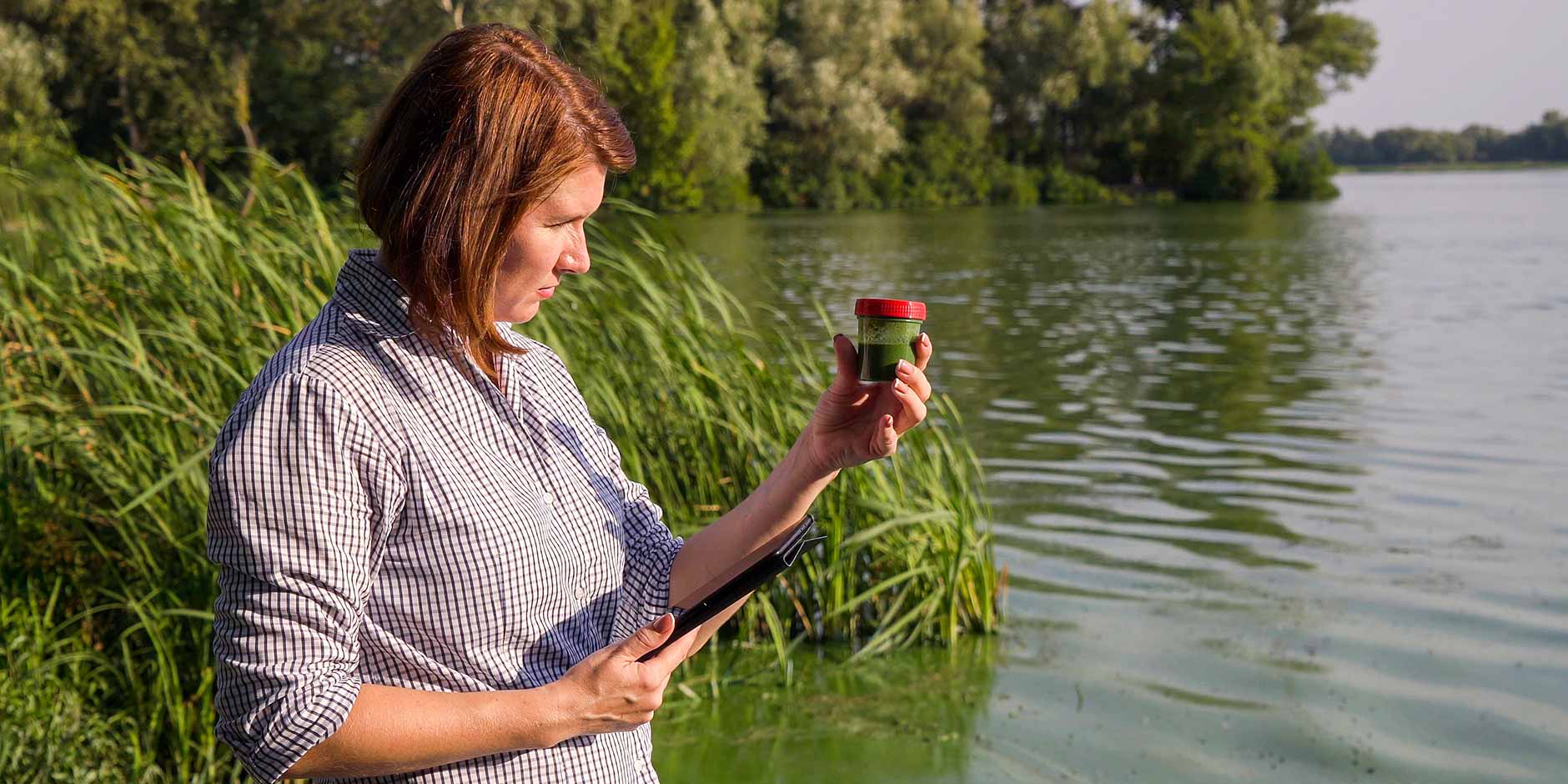 In fresh water, such as lakes and reservoirs, harmful blooms are most often caused by cyanobacteria (blue-green algae)—these are single-celled organisms known as phytoplankton. However, when these algae manifest and produce toxins, exposure can cause human illnesses.

How do we get exposed to algae toxins?

In regions with blue-green algal blooms, recreational exposure tends to occur while swimming, fishing, or boating. Swallowing water, having the water contact the skin, eating seafood, and inhaling airborne droplets can all serve to irritate the lungs, skin, eyes, nose and throat.

In the U.S., water suppliers must treat, disinfect, and monitor their customers’ drinking water. Upon the detection of toxic algae or other contaminants in drinking water, warnings are issued by the local government not to drink tap water or use it for cooking purposes. However, in 2014, in Ohio, more than 500,000 Toledo residents were left without safe water due to toxic algae in the city’s water supply, which was caused by an algae bloom in Lake Erie.

Meanwhile, drinking or eating fish from contaminated waters can result in more severe symptoms such as stomach aches, headaches, vomiting or diarrhea.

A recent University of South Carolina study has identified a link between microcystin, a toxin produced by blue-green algae, and neurological issues. Additionally, the findings suggest that people with liver disease are more prone to neurological problems if exposed to toxic algae blooms.

So, seemingly, the toxins and liver disease go hand in hand. According to the study, an opening in the barrier around the brain allows for “inflammation-causing chemicals or molecules to be transported back and forth from the liver to the brain.” The damage caused by algae toxins to the liver might lead to hepatic failure and ultimately death if not immediately treated.

In 2021, researchers discovered a toxin called anatoxin-a (ATX) in the air near an algae-contaminated lake. Through extensive testing, they thus proved that this toxin can cause loss of coordination, respiratory paralysis, or even death in humans and animals. The toxin was also found to be highly transmissible, infecting those by simply inhaling the air around a contaminated water body.

In the United States, all 50 states, as well as Puerto Rico and the U.S. Virgin Islands, have reported fresh water cyanobacterial blooms. In October 2021, NASA reported that Cyanobacteria had been reported in over 2300 lakes across the country. Meanwhile, 85% of the U.S. population receives water from municipal water suppliers. For such a vast proportion of the population, the primary source is surface waters such as lakes, reservoirs and rivers.

In recent years, increasing numbers of water suppliers have shifted to a multi-barrier approach for drinking water. Designing processes and utilizing technologies to reduce drinking water contamination from source to tap to lower public health risks.