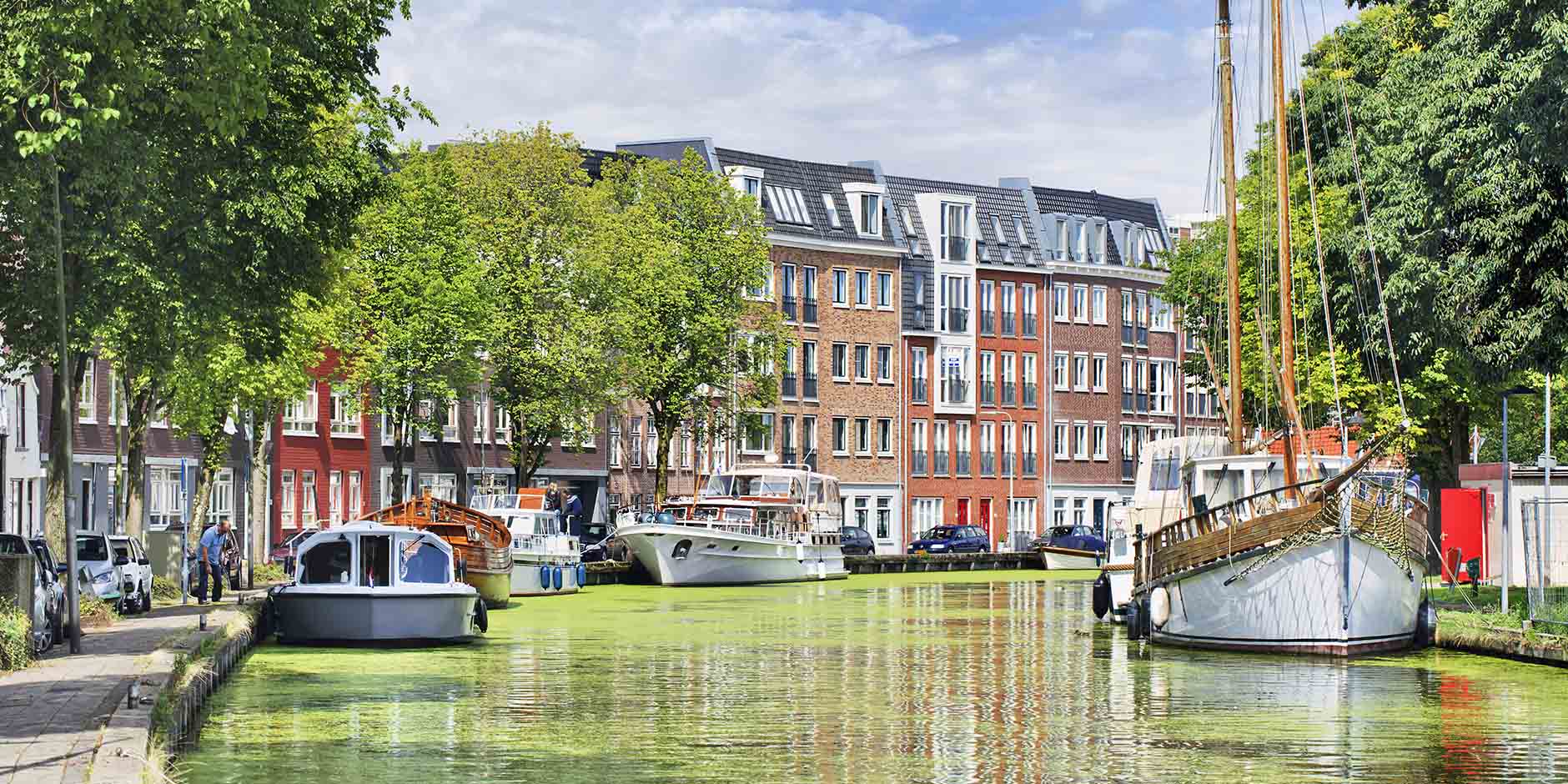 Harmful algal blooms (HABs) have financial and operational consequences in a wide variety of industries. However, challenges differ by industry. From human health hazards in the drinking water industry, to exceeded TSS levels in cooling ponds of power generation facilities, algae blooms are a growing problem that must be addressed.

Water in raw water tanks is often stagnant. This lack of circulation causes algae to over-compete with other organisms in the ecosystem, and create excessive blooms.

Excessive growth of cyanobacteria, also known as blue-green algae, as well as green algae in a drinking water tank can negatively impact water quality. Some algae specoes produce geosmin and MIB, giving the water an earthy and moldy taste, which often leads to customer complaints and raises concerns about the quality. Additionally, cyanobacteria can produce toxins that can seriously harm humans who are exposed to the contaminated water. Short-term exposure headaches, pneumonia, respiratory, and/or gastrointestinal problems. Long-term exposure to such toxins can cause liver and kidney failure, and even neurodegenerative diseases, such as Alzheimer’s.

Algal blooms also cause a number of operational problems for water treatment plant operators. For example, clogged filters. Drinking water plant managers are advised to monitor the algae species, dissolved toxins, and cell counts. Based on this information, when levels exceed guideline values for the concentration of total microcystins in drinking water, management can implement:

Cooling and settling ponds in power generation facilities are usually shallow, slow-flowing, and high in temperature. Combined with excessive nutrients in the intake water or the use of chemicals, these factors create the ideal circumstances for microalgae to bloom.

The water source for cooling ponds differs by facility and often comes from a river or treated wastewater effluent. To remove impurities, such as high levels of dissolved solids, cooling ponds discharge a portion of the cooling water into the environment. In most countries, organizations like the U.S. Environmental Protection Agency (EPA) set effluent limitations to control the discharge of potential pollutants into the environment. Parameters subject to permit limits, such as NPDES regulations, often include pH, BOD, and TSS.

A common cause of non-compliance with these standards is the presence of HABs, making their control one of the most effective methods of meeting discharge standards. Microalgae growth in cooling water can also block pumps and affect circuits.

Almost 60 percent of all the world’s freshwater withdrawals are used for irrigation. This includes water that benefits agriculture or growing crops. The water quality depends on the source, which can include dams, recycled water, and rivers. According to the US Environmental Protection Agency, only in the United States, there are over 2.2 Million agricultural farms.

There are several risks associated with the use of water for irrigation purposes that is contaminated with cyanobacteria. Field workers are at risk of inhaling toxins when an overhead irrigation system is used with algae-laden water. The symptoms of exposure include rashes, vomiting, shortness of breath. In rare cases, even death. When crops are exposed to microcystin concentrations, this toxin can accumulate to levels where even a small serving would exceed the WHO guideline value for permissible levels. Therefore, it’s advised to not use water contaminated with blue-green algae on crops that are grown for human and livestock consumption. For instance, dried algal cells on leaves of salad can remain toxic for several months.

Drinking water consumption can lead to liver damage, seizure, and sudden death of livestock. Exposure to contaminated water can also decrease milk and egg production. Algae can also pose an operational and financial challenge by clogging the irrigation system and therefore, limiting its functionality.

Algal blooms are more severe, occur more often, and last longer. These are the results of the study on algal blooms tendencies over 30 years in 71 large lakes in 33 countries worldwide. “We found that the peak intensity of summertime algal blooms increased in more than 68 percent of lakes but decreased in a statistically significant way in only six of the lakes,” Michalak, the author of the study explained. “This means that algal blooms really are getting more widespread and more intense.”

Budget cuts related to the COVID-19 pandemic forced many US states and countries to reduce algal blooms testing. Solely based on the information published by media channels, we can say that this year, more than 400 water bodies in the US were contaminated with toxic algae. Moreover, 87 percent of these water bodies are recreational lakes, which had to close due to the risk of hazardous toxins. Toxins such as microcystin can cause severe health impacts and make it unsafe to swim, boat, or even walk around an infected lake.

Toxic algal blooms in aquaculture can lead to indirect toxicity of shellfish and other types of fish through changes in water quality, direct toxicity, and changes in flavor. These toxins can also kill cultured animals, or decrease their growth rate.

Consumption of contaminated fish and shellfish can cause symptoms within 15 minutes to 10 hours. Mild symptoms include numbness in the legs, face, and arms, loss of coordination, and dizziness, while more severe cases can lead to paralysis and respiratory failure. Paralytic Shellfish Poisoning (PSP) caused by HAB consumption via contaminated seafood is a life-threatening disease. Food safety concerns and the death of cultured organisms lead to estimated losses of $40 million per year just in the United States.