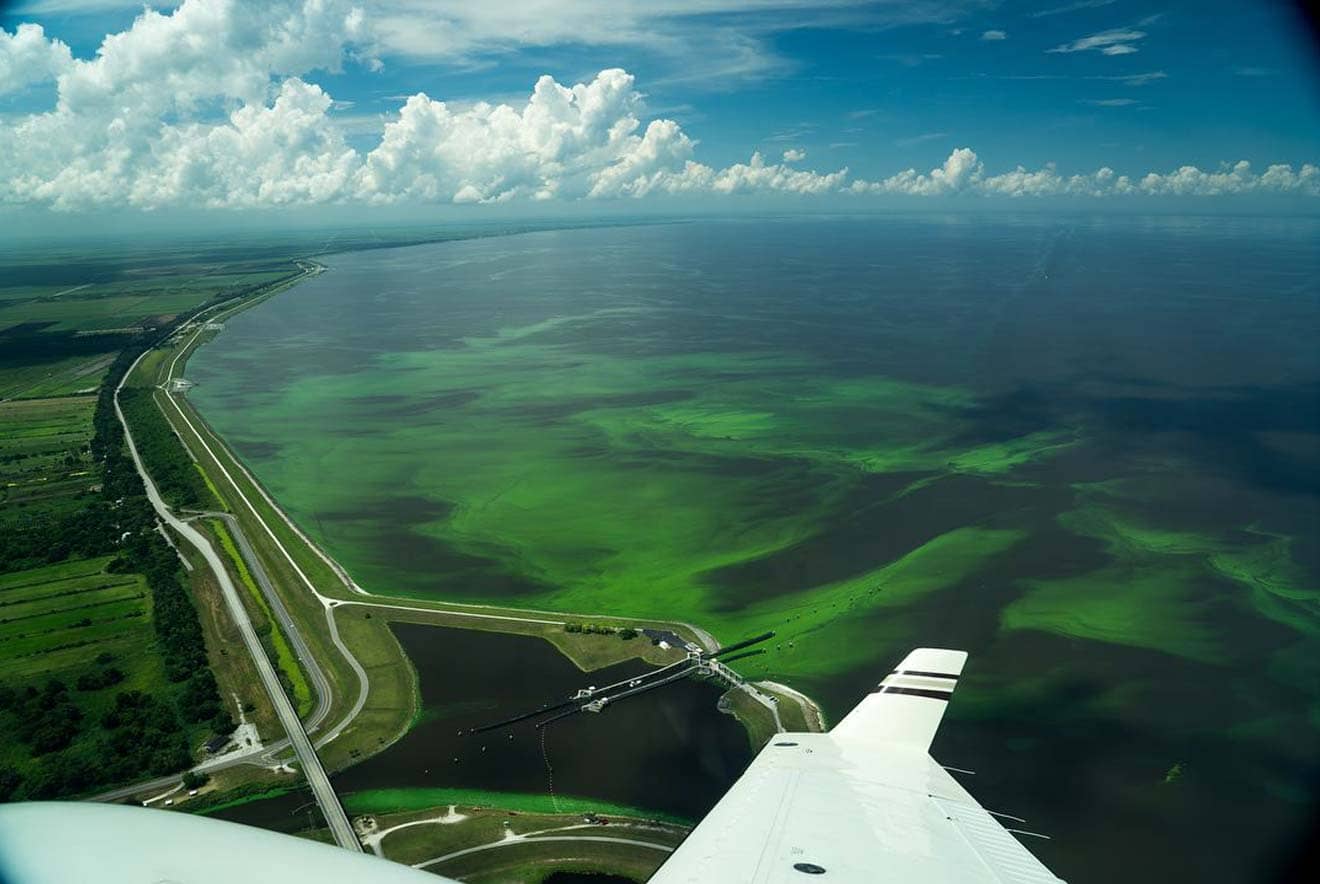 Extreme Algae Blooms that Plague the US

Beaches are covered with thousands of dead fish. More than 260 tons of marine life washed ashore, lying breathless across 150 miles. It’s not a war zone, it’s the horrifying consequence of an algae bloom in Tampa Bay, Florida.

In recent years, freshwater lakes, ponds, and many other waterways in the United States have been dealing with an increasing number of harmful algae blooms (HABs). And it seems like such devastating events are here to stay.

Here are some of the most notable HAB occurrences in the country.

The Great Lakes, located in North America and part of the border between the United States and Canada, make up about 21% of the world’s freshwater supply. Lakes Superior, Michigan, Huron, Erie, and Ontario contain over 90% of the surface freshwater supply in the US—more than 40 million people rely on drinking water from the Great Lakes region. 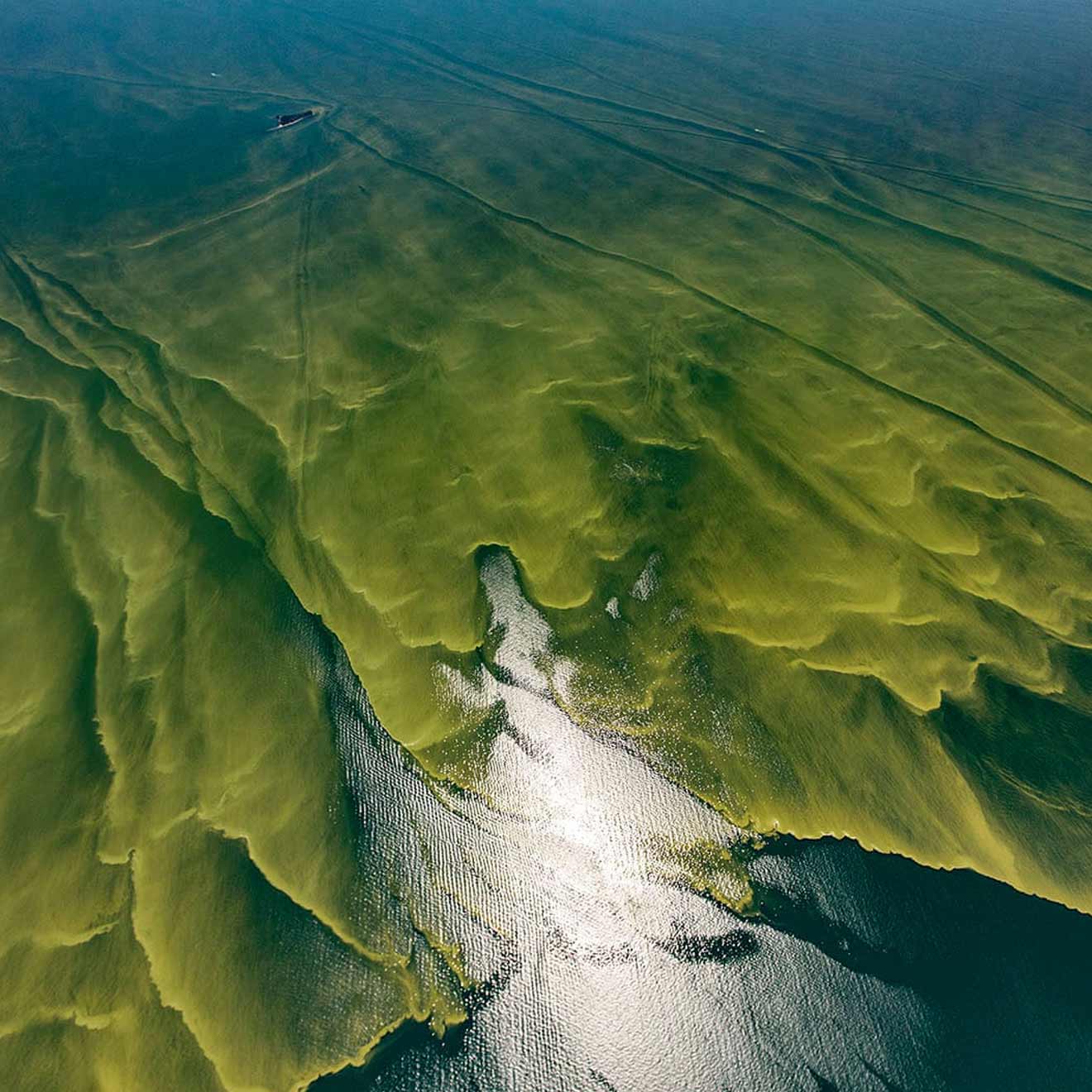 The history of harmful blooms in Lake Erie is complex and involves many causes. However, one factor stands out—eutrophication. During the 1960s and 1970s, human activities, such as agriculture, excessive use of fertilizers, and industry, have caused eutrophication and fueled the growth and spread of algae blooms in the lake. The blooms seemed to diminish until the late 1990s, when they began to reappear. Ever since, HABs have resurfaced every year, becoming more severe and long-lasting.

One of the most notable events took place in 2011. A record-breaking bloom covered about 2,000 square miles of the lake, releasing a potent toxin called microcystin, which may cause severe health issues in humans, including abdominal pain, vomiting, nausea, and pneumonia. The toxicity level in Lake Erie exceeded 224 times the World Health Organization guidelines.

In the summer of 2014, the drinking water supply to 400,000 people in Toledo, Ohio, was shut down for three days due to toxicity caused by the algae. People were advised not to drink or touch the water, and to seek medical care if they were exposed to contaminated waters.

To this day, nutrient runoff continues to cause major algae problems in Lake Erie.

In addition to contaminating drinking water supplies and negatively impacting swimming, fishing, boating, and tourism, the algae blooms in Lake Erie have damaged, or even killed, the aquatic life by blocking the sunlight. To avert this in the future, the Great Lakes states have set a goal to reduce phosphorus loads into Erie by 40% until 2025. This means improving the wastewater treatment systems and farming activities. Yet, skeptics argue that unless mandatory, better practices won’t be implemented, and the 2025 target won’t be met.

Lake Superior is the deepest and most northern of the Great Lakes. It was once thought to be immune to algal blooms. The reason? A lack of nutrient runoff from the surroundings and cold temperatures all year round. Superior, however, is one of the fastest-warming lakes in the world. In 2012, the lake experienced its first documented cyanobacteria bloom, shocking the US and Canada. Since then, harmful blooms have recurred, but the worst came to surface in 2018, when a large bloom stretched approximately 50 miles from east of Superior to the Apostle Islands on the lake’s southern shore. Following the event, a review concluded that the severe blooms followed heavy flooding and occurred during summer.

Although smaller, algae blooms continued to appear in 2021 as well, encouraging state officials and researchers to increase their monitoring capacities. Lakes Michigan, Huron, and Ontario also suffer from harmful blooms on a regular basis. In the years when algae blooms occurred on Superior, climate change, with warmer temperatures and heavy rainfalls, encouraged algae to grow in excess. Poor environmental monitoring is also a major culprit.

Red tide is a phenomenon in which HABs occur in coastal waters. The first recorded accounts of red tide (Karenia Brevis) in Florida’s Gulf Coast date back to the 16th century, when Spanish explorers heard tales of toxic red waters killing fish and birds. 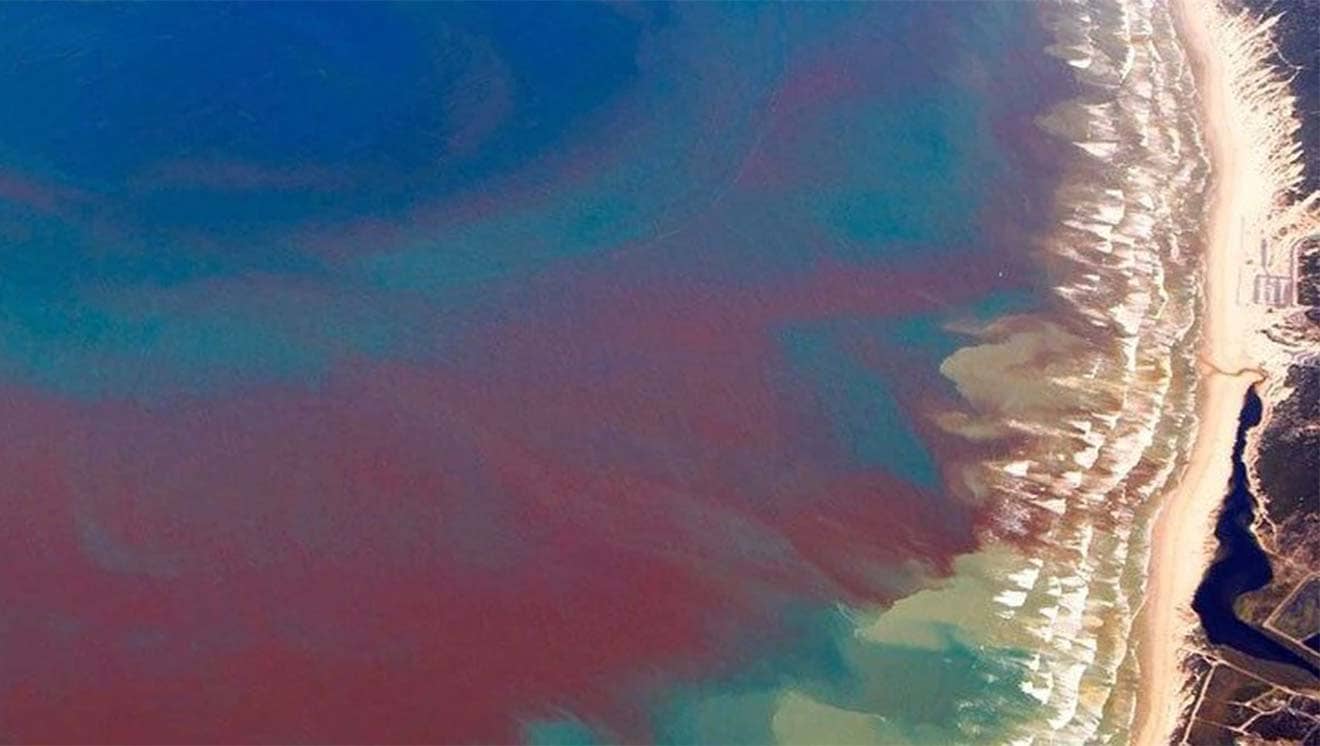 The first scientifically recorded red tide in the Gulf Coast was in 1844.

Algae blooms continued to occur throughout the years. Between 2005 and 2006, a mass die-off caused by another red tide bloom killed 190 dolphins.

The largest and deadliest algal bloom event occurred in 2018. Hundreds of sea turtles, a dozen dolphins, and a hundred manatees were all killed and washed up on the shores of Florida’s beaches. Wildlife was also severely affected. Scientists believe that this bloom started in 2017 and lasted for 15 months, after Hurricane Irma hit Florida. The water brought nutrients from the land into the water, feeding the algae.

This bloom amounted to $8 million in business losses. Scientists continue to monitor algae blooms in Florida, hoping that one day they’ll be able to predict algae-related events.

Algae blooms are a regular phenomenon in Lake O during summer months. The blooms are fueled by nutrient pollution coming from domestic, industrial, and agricultural wastes, and are aggravated by climate change and poor water management decisions. In May 2016, a massive bloom covered 33 square miles (85 square km) of the lake. This bloom persisted for a long time, degrading the water quality all the way to the Atlantic Ocean.

Ever since, the blooms on Okeechobee have become even more severe. In 2021, about 500 square miles of the lake were covered with blue-green algae. Okeechobee toxin levels measured 16 times higher than what the Department of Environmental Protection recommends. Tests showed levels of microcystin at 860 micrograms per liter—more than 100 times higher than the Environmental Protection Agency’s health guideline for microcystin.

How are we dealing with algae problems?

Despite the economical, health, and environmental damages that these blooms have caused, minimal efforts have been made to avert such issues.

It’s no question that water quality monitoring is essential for understanding algae trends and predicting harmful blooms. Intensified government and scientific interventions are urgently needed to address the problem.

Government websites publish updates regarding algal blooms across the states, as well as relevant resources and programs. Recently, NASA released a new dataset of 2300 lakes in the US contaminated with cyanobacteria. The new dataset is now available to the general public in the form of raw data, algae bloom maps, and an index of cyanobacteria risk to human health. In time, this standardized way of assessing blue-green algae will enable scientists to compare blooms across the US, gain insights on algae trends, and predict them with greater accuracy.

Other waterways around the country are being rescued with the help of sustainable technologies. For example, the Florida Gulf Coast University (FGCU) monitors water quality in real-time and controls algae blooms with ultrasonic, solar-powered buoys. Same goes for the New York State Department of Environmental Conservation (NYDEC) and Florida Department of Environmental Protection.