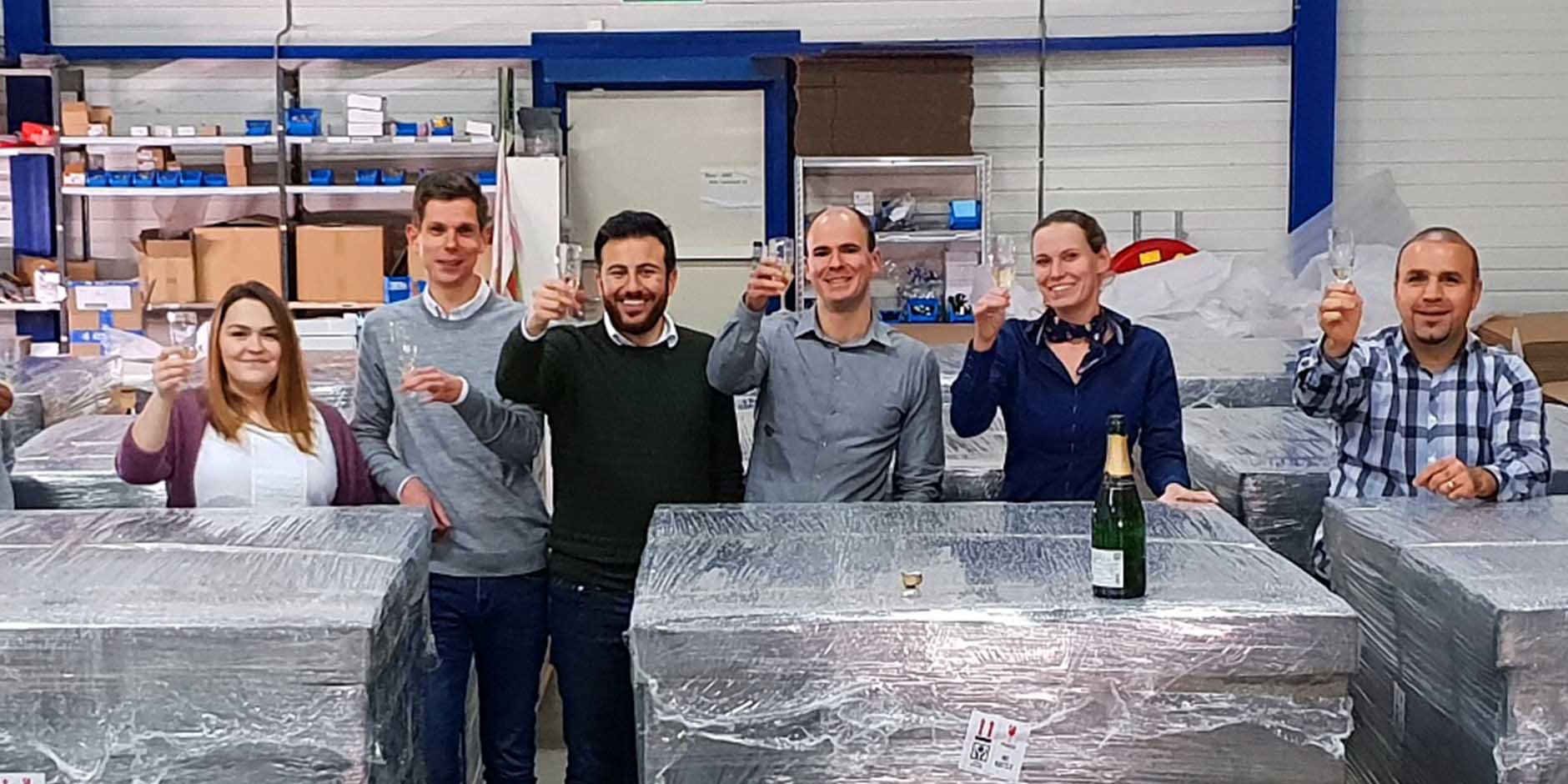 A year ago, we have called 2018 the best year yet, and now we must pass this title to another successful year. We are thankful to our customers and partners for their trust, which allowed us to grow by 300% in 2019. So, what difference can a year make?

MPC-NanoBubble led to LG Sonic’s expansion from ultrasonic algae control to an algae management company. It is the only system in the world that moves autonomously through a waterbody to oxygenate a lake in its entirety. Because nanobubbles can remain in the water for weeks to months, a static installation is not necessary for this technology. Instead, the MPC-NanoBubble has been designed to move through a lake, increasing the dissolved oxygen levels based on real-time water quality measurements. To improve the efficiency of the oxygen transfer, MPC-NanoBubble uses pure oxygen gas as a source.

We have entered many new countries, including the Dominican Republic and Uruguay, and proved the long-term results of our interactive ultrasound technology in ongoing treated water bodies. The Aquadrome in Rickmansworth (UK), and the East Dorset Raw Water Reservoir (UK) can enjoy algal bloom-free water despite differences in water reservoirs and types of algae treated. This is due to LG Sonic’s unique interactive ultrasound technology, which adapts to different algae and water quality parameters, preventing algal resistance.

3. Treated the biggest surface yet

Earlier this year, we installed multiple MPC-Buoy algae management systems to cover the 7km²/2.7mi² Valdesia reservoir. The Valdesia reservoir is the main drinking water source for the population of the Dominican Republic’s capital, Santo Domingo, and its provinces, providing drinking water to 4 million inhabitants. In less than two months, LG Sonic technology reduced amounts of Chlorophyll-a by 87%.

As of this year, LG Sonic is serving five nuclear power plants in five different countries. LG Sonic’s equipment is used to treat both biofouling and algal blooms in storage ponds and cooling lakes. Algal growth in cooling lakes can be a significant cause of pH levels that exceed NPDES permissible limits. With the use of LG Sonic’s interactive ultrasound technology, energy facilities can lower pH levels by controlling algal blooms, allowing power plants to dramatically reduce chemical and operational costs.

In March of this year, we established an office in the United States, serving customers like American Water and the Vallecitos Water District in California. Furthermore, we have a presence in nine states: Pennsylvania, New Jersey, Colorado, Georgia, Iowa, Minnesota, Virginia, Maryland, and California.

In September, we opened our second office in Dubai to better serve the Middle East and North Africa water treatment market. These offices are essential to handling the increasing demand for sustainable algal bloom solutions.

In June, at the BlueTech Forum conference, LG Sonic received the BlueTech Research Award “Best Technology Innovation” for the LG Sonic MPC-Buoy. During her presentation, LG Sonic’s CTO Lisa Brand explained how LG Sonic’s ultrasound technology has helped American Water successfully control algal blooms in a drinking water reservoir in New Jersey. In August, we became the National Winner for the Netherlands in the Social Responsibility and Environmental Awareness Award category, which considered over 120,000 businesses from 33 countries for the award. In September, during the Aquatech Mexico exhibition, LG Sonic received the Aquatech LATAM Award, which provides recognition to organisations in the water technology field who are innovative and consider the future when developing their products. Lastly, in November, we were awarded the Aquatech Innovation Award for our new technology, MPC-NanoBubble.